Hello and welcome to the LA Times Book Club newsletter.

This month we are immersed in “The 1619 Project: A New Origin Story,” a radical and revealing story of slavery and its legacy in America today.

Pulitzer Prize-winning investigative journalist Nikole hannah jones, who created the project and writes on racial injustice for The New York Times Magazine, will join us for a conversation with the editor of the Los Angeles Times Kevin Merida November 30. The event will be held at the California African American Museum next to USC. Get tickets.

Ahead of the book club night, Hannah-Jones shared some of her favorite books, music, and other entertainment.

Last book that kept me awake at night: “The love songs of WEB Du Bois” (novel by Honorée Fanonne Jeffers)

Best film lately: I just watched “Nomadland” on a Delta flight. It was pretty amazing.

The TV that got me through the pandemic: “Tiger King”, of course. My daughter and I spent many nights watching “Anne of Green Gables” together, “Law & Order” reruns, the mysterious “Dateline” murders, “Living Single” reruns. I am obsessed with “Dopesick”, “Snowfall” and “Impeached”.

Craziest thing I did to have a story: A journalist does not reveal her secrets.

Something I have discovered since the pandemic: I’m an even worse procrastinator than I already knew.

What is not on my CV (that says a lot about me): That I started working at 13 so I could buy my own school clothes and savings vouchers, and held two jobs until I was 30.

“The 1619 Project” hits bookstores on November 16. In the meantime, here are four things to know.

The backstory. The book began as a journal series. “I made a simple point to my editors: The New York Times should create a special issue that would explore the unprecedented impact of African slavery on the development of our country and its continued impact on our society,” Hannah writes. -Jones in the preface book. “The project would bring slavery and the contributions of black Americans from the fringes of American history to the center, where they belong, arguing that slavery and its legacy deeply shaped modern American life, even though this influence had been hidden or ignored. . ” The 2019 series sparked debate and news classroom programs, and became part of the national discourse as the nation grappled with the police murders of George Floyd, Breonna Taylor and other black Americans.

The book. Building on the series, the 624-page book includes expanded essays as well as new fictions, poems and photographs. “The 1619 project” opens with a poem by Claudia rankin about the arrival in Virginia of the White Lion, a ship carrying a cargo of 20 to 30 slaves from Africa in August 1619 – a year before the Mayflower landing celebrated in the history books. The book ends with “Progress Report”, a poem by Sonia sanchez about Floyd’s death and the 2020 protest movement it spawned. “Much like the original project, the book relies heavily on historical research, but is not a conventional story,” writes Hannah-Jones. “Instead, he combines history with journalism, criticism and imaginative literature, to show how history shapes us, influences us and haunts us in the here. “

Children’s story: “The 1619 Project: Born on Water” is an illustrated picture book. It tells the story of a girl who receives a family tree assignment at school and turns to her grandmother to learn more about the story of her ancestors. Hannah-Jones teamed up with the author Renee watson and illustrator Nikkolas smith to create the accompanying book.

What questions do you have for Nikole Hannah-Jones? Email your questions and comments prior to the Book Club / Idea Exchange event to [email protected]

November 10 Photographer and Times correspondent Marcus Yam will discuss his mission in Afghanistan during a special edition of Ask a Reporter presented in partnership with Arizona State University. One of the few journalists outside Kabul as the Taliban rose to power and US forces retreated, Yam recounted refugee evacuations, stories of hidden women and a US drone strike that mistakenly killed civilians . Yam will be in conversation with the foreign and domestic editor of the Times Jeffrey Fleishman at 7 p.m. PT at ASU’s new California Center in the Herald Examiner building downtown. Register on Eventbrite.

November 17, journalist Bill Plaschke talks about his career as a sports writer and his book “Paradise Found: A High School Football Team Rises from the Ashes” with Times Executive Sports Editor Christian stone. The 6 p.m. Ask a Reporter event will be broadcast live on Facebook, YouTube and Twitter. Register now.

December 9 successful writer and owner of an independent bookstore Anne Patchett, author of the upcoming collection “These precious days” and the recent novel “The Dutch House” will be in conversation with the Times columnist Steve lopez. Register for this virtual book club night on Eventbrite.

Keep reading: “These Precious Days” and “The 1619 Project” are among the 11 books on journalist Dorany Pineda’s November reading list.

If you’re a fan of this newsletter, you’ll love our daily podcast “The Times”, hosted every day of the week by columnist Gustavo Arellano, as well as reporters from across our newsroom. Go beyond the headlines. Download and listen on our app, subscribe on Apple podcasts and follow on Spotify. 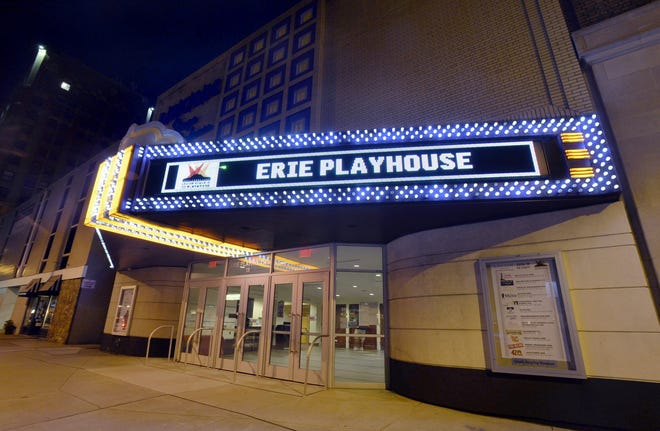