(MENAFN- SomTribune) She is Miss Yassin for her pupils and poet laureate in Sheffield. No matter what you call her, Warda is a woman of words.

British Somali poet, Warda Yassin has been surrounded by poetry her entire life. â€œIt was all about personal expression,â€ she says. â€œBeing Somali, I had people around me who wrote poetry, so it was normalized.

“It wasn’t necessarily something I was going to do, but I was encouraged to read, we were a family of readers and still are.”

His family arrived in Sheffield in the early 1990s from Somaliland due to the civil war and settled here. She grew up in Broomhall where she still lives, surrounded by her family.

She is the second of eight children and attended Springfield Elementary School in Broomhall, before going to Silverdale School in Bents Green. They were happy days.

â€œI have really funny memories of my childhood, my family, my grandparents, the community,â€ she says. “Our neighbors felt like family, fond memories of growing up in Sheffield.”

Warda then went to university in Hallam, where she studied English and history. â€œVery Sheffield, born and raised here, it was like the most natural thing in the world to stay,â€ she said.

Although surrounded by poets, Warda only really got into it at the age of 19 when she met city writer Vicky Morris, founder of the city’s Hive Young Writers Project.

â€œMy journey was not really the conventional path to poetry,â€ she said. â€œI always read a lot and my parents encouraged me, but it wasn’t like I wrote from a young age. I often went to the library with my siblings and my first connection with her was later.

She added: “I knew I had a teaching role, being the big sister, but when I read poems, seeing my language and my culture on paper, I wanted to do it,” she said. .

â€œIt wasn’t until I joined Vicky’s group that it became a hobby and then a habit. 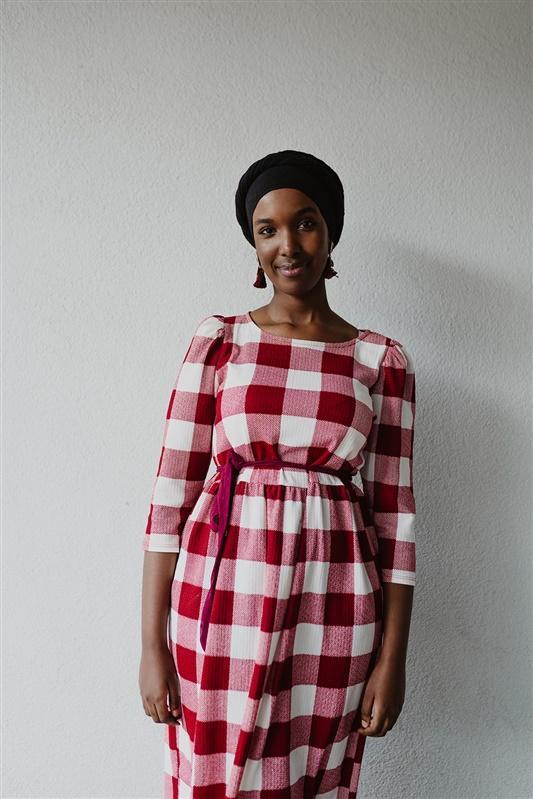 â€œHer group was all about building confidence, the poetry was a reflection and it was such a warm and inviting space. I dipped my toe in the water and got so much encouragement.

â€œOver the years, I have had the opportunity to read, I have been published in anthologies, so from a small private part of my life, it became something else, it had become something sharing.”

Warda made her mark by winning the New Poets Prize in 2018 with her first pamphlet, Tea with Cardamom. â€œIt was a wonderful time and a surprise, not something I expected, but it helped my transition,â€ she said.

Kayo Chingonyi, who judged the collection, said: â€œThese poems struck me as wonderfully contemporary while gesturing towards something old in their frequent reliance on what is transmitted, as well as what we improvise. as our own paths unfold. The poems invoke a world within a world creating a multi-level perspective on life in the UK today.

This month, her poem Weston Park was on a billboard in the city center as part of National Poetry Day. â€œIt’s really flattering, an honor. Poetry gave me confidence, â€she says.

Warda links this confidence to being a teacher in the Shiregreen community because it helps her connect with people who become like family. This bond, she says, builds a student’s confidence. â€œSo having my poem on a city wall is huge,â€ she says.

His poetry references Sheffield, including the title Weston Park and mentions from Edward Street to Netherthorpe.

â€œI connect to places. I’ve been inspired by the cityscape for so long, it’s not something I do on purpose but I find myself referring to parks and streets. We have a beautiful city with incredible monuments that are inspiring.

â€œI make connections in the city, not necessarily buildings or names, but people bring it to life for me and my work focuses on the people who inspired me, the people I love who pushed me. to write.

When named, she said, â€œI’m honored, it’s fantastic. I am really excited. In other places like London they have a history of poet laureates, I think it’s about time Sheffield got down to that and really engaged with the young people in the city who have so much to say.

â€œSheffield’s poetic scene is eclectic, diverse, fiery, we have open mic parties, it feels inclusive, it’s a nice place and so much so that when I go to other spaces I really realize how the poetic scene we have here is warm. I think a role like this will add weight to that and help grab attention and broaden it. I hope we have a lot of poet laureates and that each one works on different things to bring to the city.

â€œI want to take my opportunity as a Poet Laureate to work with young people to encourage them, and I want to work with organizations like Hive and other partnerships that share this vision of empowering people through words and documenting. their stories and archive, or even just be creative as an expressive form.

So what was the reality? â€œIt has been great. Great opportunities. I was commissioned to write poems for the Tinsley Channel and to appear on Off The Shelf. Incredible opportunities so early in my career because I’m still learning.

“The opportunities to engage with the city have helped me in my poetry and as an individual.”

She returns to Off The Shelf on October 30 when she and other poets read a new work inspired by dub poet, poet and storyteller Jean ‘Binta’ Breeze.

Alongside Warda are Sile Sibanda, Danae Wellington and other guests.

It will come during mid-term and is something she looks forward to, but Warda will be eager to return to class, where she teaches grades 7-11.

â€œI love it, there is a warm culture of care. I work with an amazing department that inspires me every day.

â€œThe students are amazing, they appreciate poetry and I am often inundated with poems in the hallway.

His favorite poet is Sharon Olds, the American poet who won the 2013 Pulitzer Prize for poetry. Olds teaches creative writing at New York University, so there is a parallel.

Ask her questions about Sharon if you get the chance during her final year as a Poet Laureate. Warda aims to use it well. “I hope to engage with more communities in Sheffield, to grow as a teacher, person, writer.”

And given the choice between teaching or writing poetry, she wants to do both. â€œTeaching is a vocation, a wonderful and beautiful part of my life.

“Poetry is also important, so I can see myself continuing that balance.”

She ends by asking for a mention from her Grade 11 squad, which will face their GCE next year. “They are magnificent and engage in poetry.” No wonder with a teacher like Warda.

Legal warning: MENAFN provides the information “as is” without warranty of any kind. We accept no responsibility for the accuracy, content, images, videos, licenses, completeness, legality or reliability of the information contained in this article. If you have any complaints or copyright issues related to this item, please contact the supplier above.