Forough Farrokhzad (1934-1967) is one of Iran’s most influential modern poets and enjoys an international reputation. For many, she symbolizes the secular and cosmopolitan Iran that began to emerge in the post-World War II era. Yet, as an intellectual and independent-minded woman, she faced considerable social opposition from conservative traditions that had not been shaken. A new selection of his work, Let’s believe in the beginning of the cold season (2022), translated by Elizabeth T. Gray, Jr., offers English speakers the opportunity to discover or reassess his poetry.

Farrokhzad was born in 1934 and grew up in a middle-class neighborhood in Tehran. She lived under the rule of the Pahlavi dynasty, which was installed by a British-backed coup and strengthened by a CIA-organized coup in 1953 that overthrew the parliamentary regime of nationalist Mohammad Mosaddegh. During his youth, Farrokhzad displayed a rebellious spirit and began to write poetry. While still a teenager, she married a distant cousin against her parents’ wishes. The couple soon moved to a provincial town and had a son.

Suffocated, Farrokhzad took up writing and literary journals began to publish her poems. Her parents and in-laws disapproved of her writing at all, let alone her outspoken expressions of emotion and desire. A recognizable female speaker, especially one who recognized physical pleasures, was a new phenomenon in Persian poetry. When his first book Captive (1955) appeared, Farrokhzad was separating from her husband. In addition, rumors swirled about her affair with the editor of a literary journal. Farrokhzad thus achieved notoriety at the very beginning of his brief career.

After publishing her second book, Farrokhzad spent 14 months in Europe, and the experience broadened her perspective and helped her develop her writing. Upon her return to Tehran, the scholars welcomed her. She began studying cinema, and her short documentary The house is dark (1962) is now considered a precursor to the Iranian new wave.

In his fourth book another birth (1964), Farrokhzad goes beyond personal themes and begins to form a critical eye on Iranian society. Not only the thematic, but also the formal and emotional aspects of Farrokhzad’s poetry had been enriched, and the book was widely acclaimed. Tragically, the poet was killed in a car accident in February 1967. A posthumous poetry book, which gives its title to the current collection, was published in 1974.

Gray included only one poem, “Captive”, from Farrokhzad’s first book in this selection. The next two books are represented by four or five poems each, while the bulk of the selection is devoted to Another birth. Farrokhzad’s posthumous book is included in its entirety. Gray writes that she chose the poems that spoke to her the most, and her selection also reflects the growing maturity of Farrokhzad’s writing over time.

The poet’s style is informal, but not familiar. Farrokhzad’s style is also not very “literary”, although she effectively uses devices like metaphor and simile to describe scenes and evoke emotions. Natural images such as the moon, stars, wind, soil and rivers reproduce. References to human society generally do not refer to a particular historical period. These characteristics give Farrokhzad’s writing a certain timelessness.

The opening lines of “Captive” introduce themes that run through Farrokhzad’s work. “I want you, and I know I will never hold you the way my heart desires,” she wrote, evoking love, frustration and heartache. The speaker imagines himself as a caged bird and his lover as the “clear and bright sky”. She doesn’t have the resolve to leave her cage – and if she did, she wouldn’t know what to say to the innocent boy who greets her every day. The poem probably expresses Farrokhzad’s sense of imprisonment as a newly married woman in a provincial town.

“I have sinned a sin full of pleasure”, confesses the speaker in “Sin”, which appeared in the second book of Farrokhzad. It’s a candid and intense account of a night of passion with unmistakable autobiographical overtones (appearing, as it did, amid rumors of Farrokhzad’s extramarital affair). Desire and fear mingle. The lover’s arms are “vindictive and made of iron”, and the rendezvous takes place in a “dark and silent sanctuary”. Farrokhzad’s repetition of certain lines not only emphasizes and unites the poem, but also establishes a sense of destiny. She uses this technique consistently over time and with increasing effect.

A clear development in Farrokhzad’s writing is evident in the poems of Another birth. Innocence gave way to experience. The poet commands his emotions rather than submitting to them. The poems become longer; they are sustained expressions rather than brief moments. “These days”, the first poem of another birth to include here, explicitly says goodbye to youth and naivety.

‘Pair’ and ‘The Victory of the Garden’, printed side by side, provide a striking contrast. Together, they exemplify not only our contradictory nature, but also Farrokhzad’s artistic assurance. In stripped lines, “Pair” describes the lovemaking of a couple in the dark. The sequel brings “two red dots / two lit cigarettes” and “two solitudes”. By breaking the poem’s restriction to external details, the final line gains significant power.

“The Victory of the Garden”, on the other hand, is a moving affirmation of man’s love and bond with nature. “Everyone is afraid” except lovers, not because they ignore the world but because they embrace it. Love is not “the fragile connection of two names”, but “the intimacy of our bodies in the slipperiness / and the iridescence of our nudity”. It is one with “the day and the windows open”, “a land that bears fruit” and “birth and evolution and pride”. Through its luminous imagery, the poem does not express innocent wonder, but joyful acceptance.

But such assertions sit alongside expressions of despair, loss and self-doubt. “Ah, I was full of longing, death wish,” Farrokhzad writes in “To Realize.” This, and piercing lines in other poems, suggest that the public reproaches she endured for her affairs and her rebellion made her question (and torment) herself. “I’ve listened all my life / A disgusting mouse in its hole / Singing shamelessly / A meaningless stupid song.”

In “Green Illusion”, Farrokhzad refers to “that cheat, that paper crown / that stinks on the top of my head”. In such lines, she questions her own literary fame and the value of her writing. Yet the emotional power of these lines illustrates the very value it seems to deny. Farrokhzad’s persistence in writing suggests that deep down, she got it too.

The poem with the most explicit social commentary is also, unfortunately, the weakest. Undoubtedly influenced by her stay in Europe, Farrokhzad excoriates her native country in “O Jeweled Land”. She points to many ugly things such as manure, a plastic factory and the dried up Zāyandeh River. She makes fun of “big superstars”, “shit intellectuals” and Sufis and their music. A stream of adolescent sneer runs through the poem, giving off an unseemly sense of superiority. The sophistication that Farrokhzad may have acquired abroad cannot turn sarcasm into wit. Moreover, the symptoms she describes are assumed to be subjective failures. Farrokhzad does not consider how British and American imperialism shaped Iranian society.

(Some of the difficulties facing Iranian secular left-wing intellectuals find expression in the fact that Farrokhzad’s lover of later years, Ebrahim Golestan, had been a member of the Stalinist Tudeh party from 1944 to 1948, apparently disgusted with the intervention Soviet. in the region.)

Other poems have different weaknesses. Sometimes Farrokhzad’s images become too abstract, its meaning too elusive, and all that’s left is a feeling (usually melancholy or sadness). Such concerns arise with the title poem and “Window”.

Nevertheless, Farrokhzad’s international reputation has a solid foundation. Although she was presented as a feminist icon, she believed that gender was irrelevant to artistic merit and that literature should address fundamental human issues. Let’s believe in the beginning of the cold season demonstrates that Farrokhzad put his beliefs into practice, which is why his work lives on. The current translation will be a valuable contribution to literature if it renews the discussion of his poems or brings them to new readers. 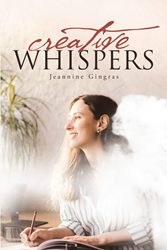