The 12th Young Stage International Circus Festival will be presented in person in Basel, Switzerland, November 5-9, in accordance with COVID-19 regulations. 20 artists from 12 countries bring their exciting and diverse stories to the stage. Performers will be evaluated by a jury of experts and judged for opportunity to win prizes and engagement opportunities. Meet this year’s artists! 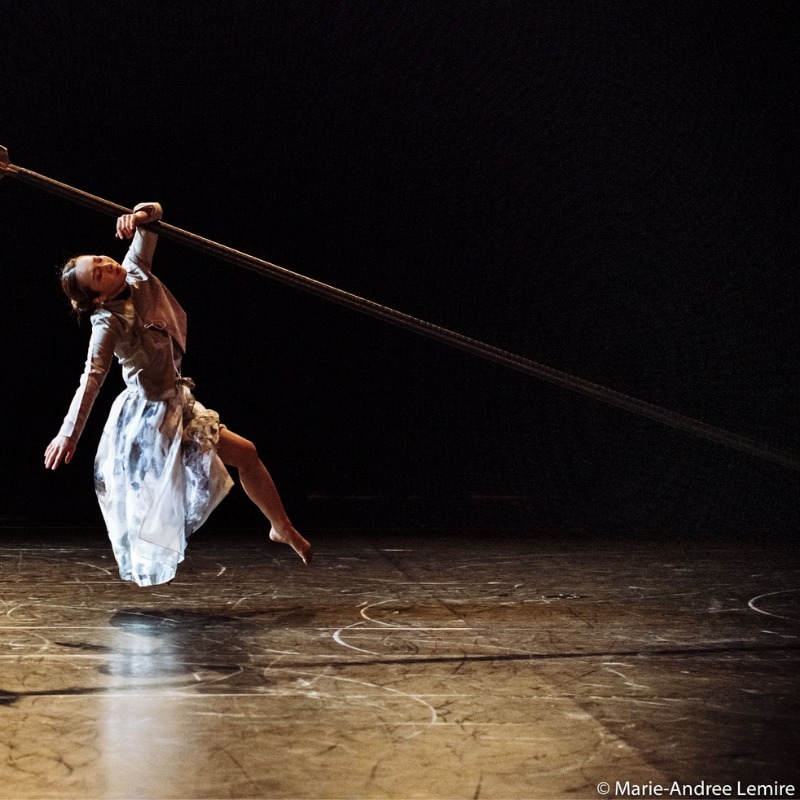 “I come from Korea which is the only divided country that has left for the moment in the world. I have always wanted to bring peace to the world through my work. Sometimes I wish I could be a bird and be able to cross the border to a place I could never visit. ”

With her number “Song of the Birds”, Minnie tells a touching story. The music is composed by Pau Casals, a Spanish cellist who fought against injustice with his music and who wanted to bring freedom and peace to the world through his music. Minnie also wants to bring peace to the world through her artistic work: “I come from Korea, which is the only divided country that remains in the world for the moment. Sometimes I wish I could be a bird and be able to cross the border to places I could never visit. I don’t want war, I want freedom, ”she said. 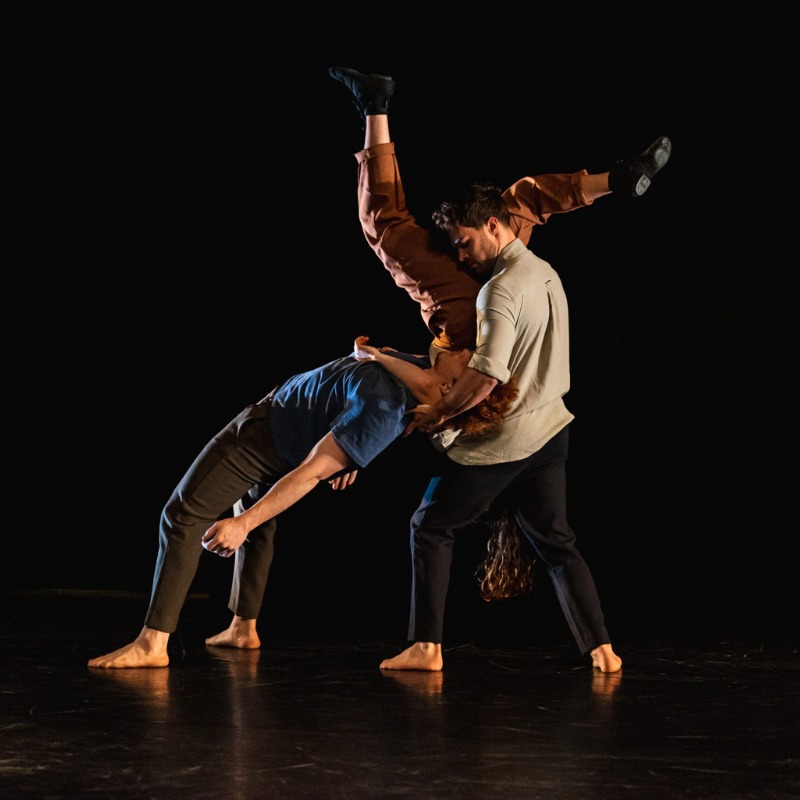 “Once we engage in something, we also become vulnerable because we limit our options. “

The Knot on Hands trio illustrates the physical dimension of couple acrobatics with their number “Brace of Impact”. The fragile balance of their act, in which each movement of the three partners must be right so that they do not become unbalanced. At the same time, the meaning also alludes on a metaphorical level to interpersonal relationships that are built on the same balancing act. The trio combine artistic technique at its best with a deep message: “We appreciate how our work can be appreciated by a group of school children who come to see a ‘circus” as much as by a group of adults who come to see an exhibition. of art. . “ 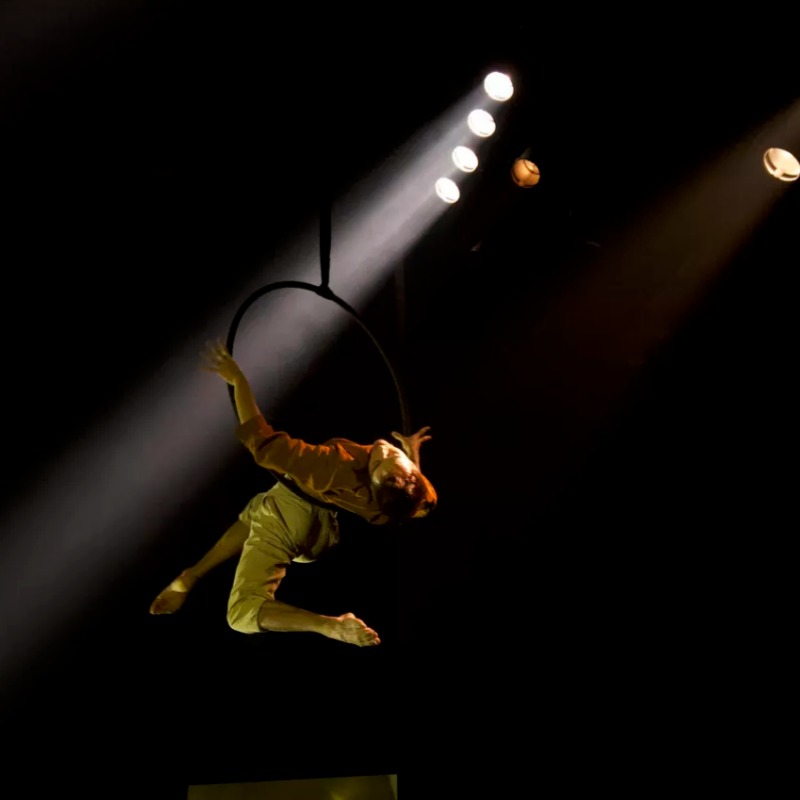 The act “Symposium” is an impressive artistic interpretation of love and represents different stages of love, which is why the music of the act is also a blend of music from three different artists. “Symposium” is an act for the heart, an immersion in its heart. And it is based on the “Socrates Symposium”, in which the meaning, the beginning and the reasons for the feeling of love are discussed. 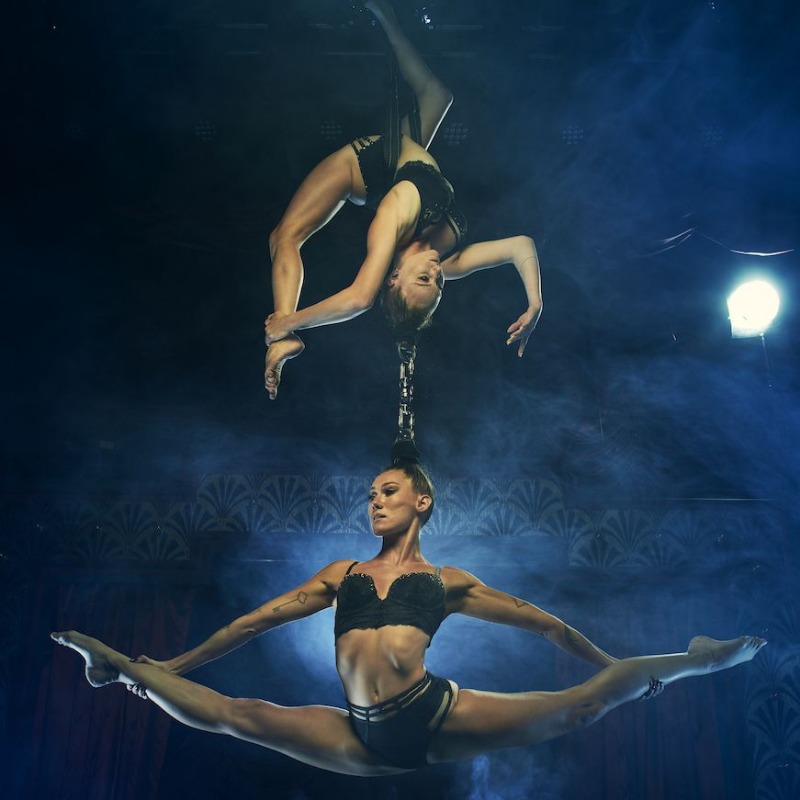 “We knew that the combination of our skills had the potential to become something unique that people had never seen before.”

In the first year of Charlotte’s circus school, she had heard a song during a creative workshop in 2008 and always wanted to save it for a future special performance: And now the time for that special performance has arrived. Aside from their goal of creating smooth transitions, they have the challenge of performing synchronized sequences while Charlotte clings to Penelope’s hair and they can’t see each other. 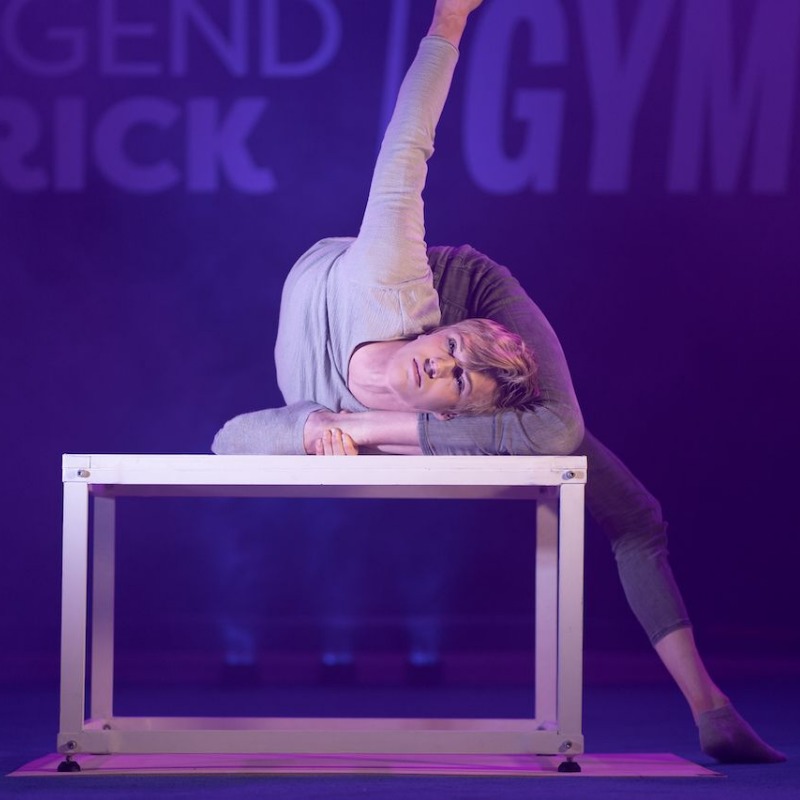 “The spectrum of human emotions is very wide: it is impossible to say where one emotion ends and the other begins. This piece really resembles the complexity of our emotions. In our sadness, we still have hope and strength for the future. ”

In his number, Kalle combines traditional and dynamic movements, unusual for contortion. Also his music highlights this contrast. “My number expresses the contrast between the way I move and the turns I do, but also the contrast and the complexity of the music and the emotions.” Kalle expresses his passion for psychology in his creative work. “Some people find the contortion very frightening and frightening, others beautiful and aesthetic.” 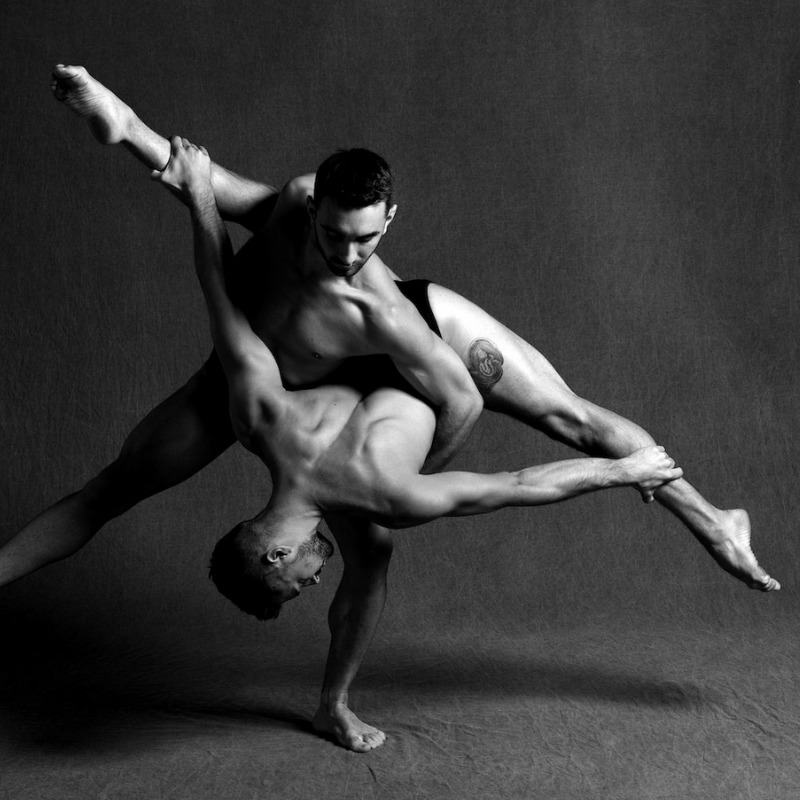 “This is a play against homophobia, but it goes beyond that by delivering a message advocating the acceptance of all forms of love.”

Guillaume and Arthur collaborated with Matthew Richardson, who was inspired by it. Together, they created a play against homophobia but also something that goes beyond to deliver a message that expresses the acceptance of all forms of love. For both of them, the hardest part of their act will be feeling very vulnerable on stage as they will be sharing something very personal and intimate with the audience. 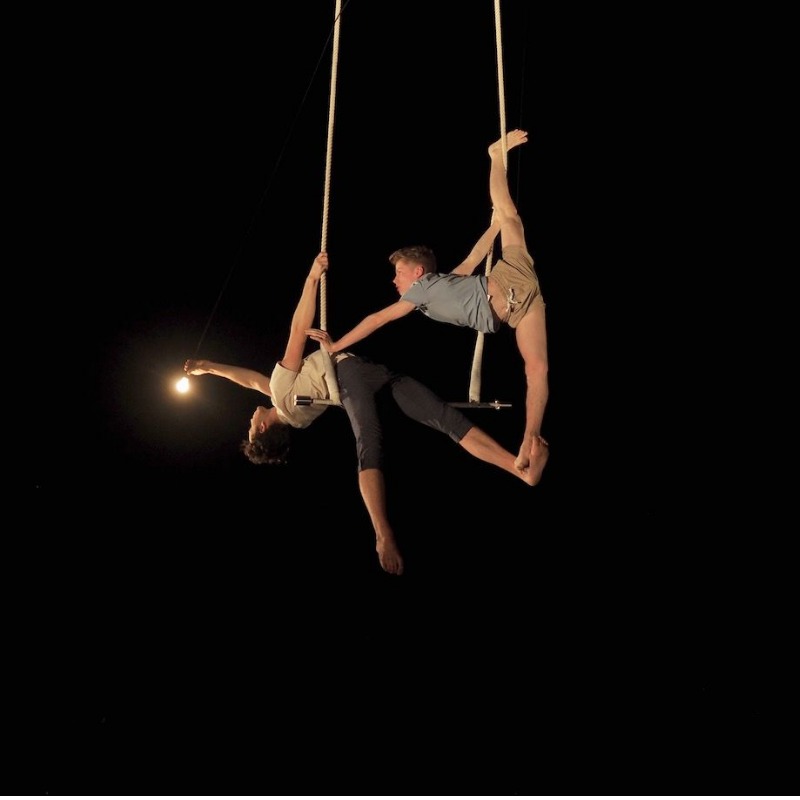 “Two boys who are captivated, fascinated by their small object that illuminates the universe around them. It’s life, it’s their imagination. “

Maxime and Corentin know each other since they are 11 resp. 12 years. From the start, they’ve always wanted to try different things and push the discipline to its limits. “Being two guys on a trapeze is already rare, and we wanted to use that to our advantage by creating a relationship outside of the love story archetype,” they say. Their number contains technical sequences that require a lot of energy and concentration. They also have our bulb which must be handled by another person. “From a certain point of view, our number is actually a trio number. Also, the movements and trajectory of the bulb are sometimes a bit random, so we don’t have full control over what’s going to happen. ” 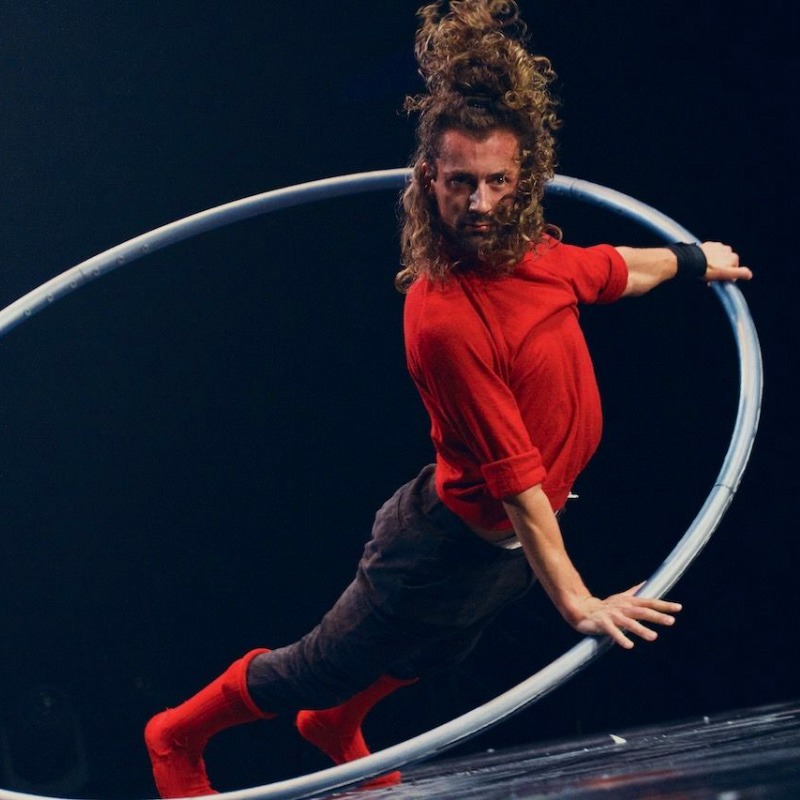 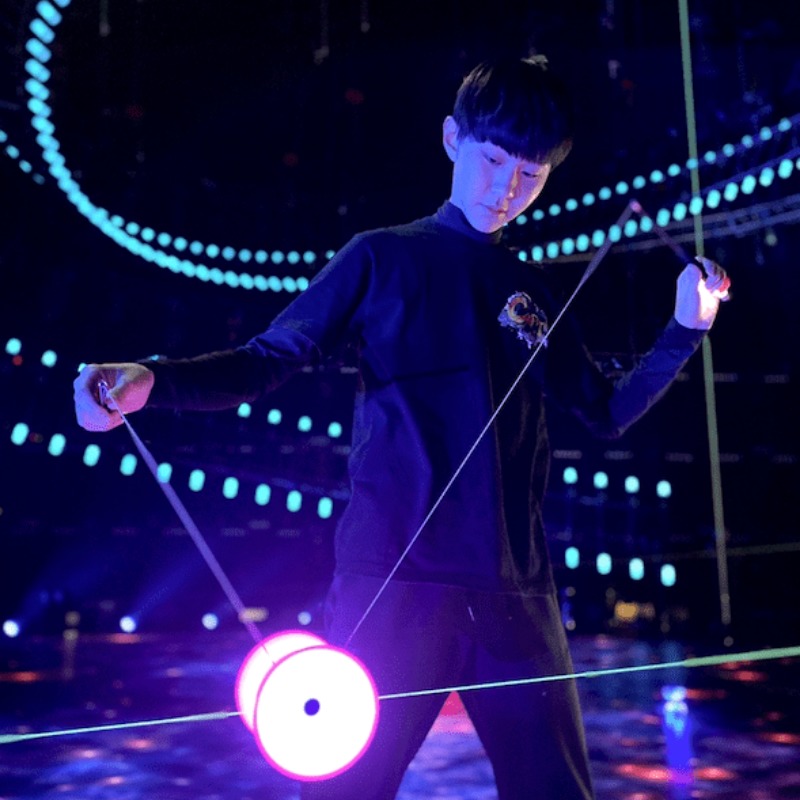 “I want my performance to make people feel like they’re chasing their dreams.”

The source of Chang’s performance story is his own dream, his passion for the art of performing with the diabolo: “I would like my performance to make people feel like they were chasing their dreams and for the audience to feel touching emotions through my performance. . With his choice of music, Chang wants people to experience a visual and aural resonance through the ambiance and melody of the lyrics. 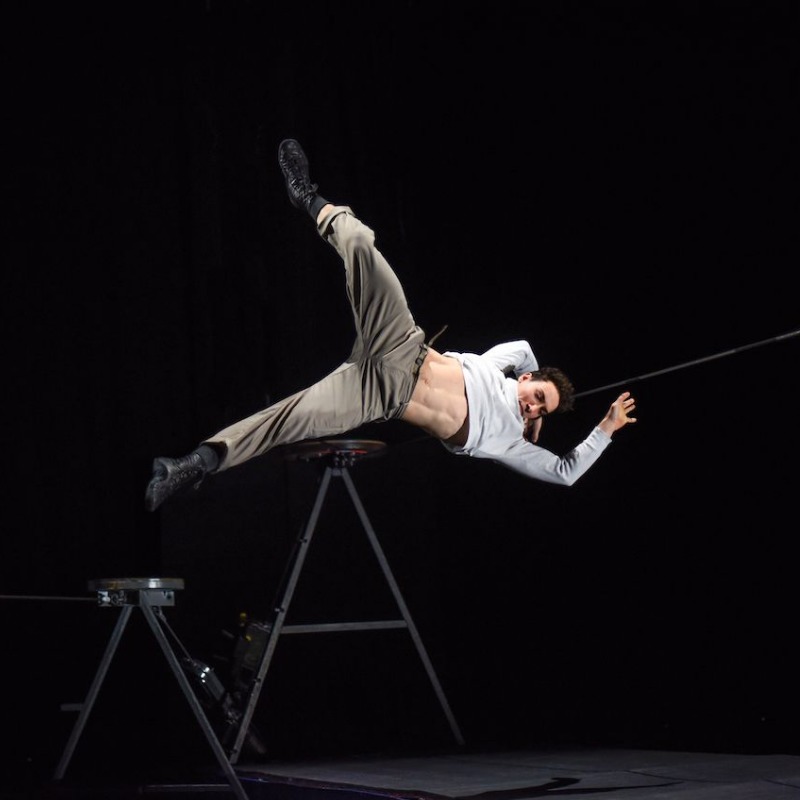 “Merit belongs to the man who knows great enthusiasm, great dedication, who at best knows at the end the triumph of high achievement, and who at worst, if he fails, at least fails by daring greatly, so that his place will never be with those cold and timid souls who know neither victory nor defeat. ”

Joël’s number “Eat Your Ashes” draws on many subjects which are close to his heart for an artistic and expressive performance: his personal search for positive expressions of masculinity, the metaphorical rise from earth to heaven and artistic unification. of opposing forces. “Tight Wire immediately appealed to me. I found it poetic and inspiring and I liked that it was something very special also in the circus world, not many people practice it. It signaled to me that there could be uncharted territory. ” 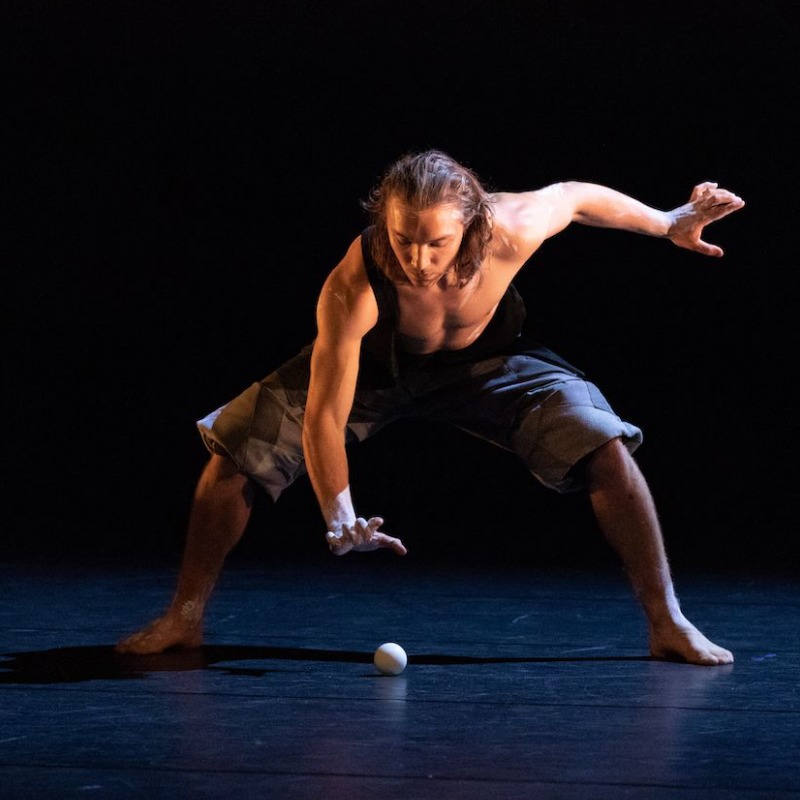 Lukas’ performance draws on themes of loss of control and helplessness. “The protagonist is a mirror of ourselves in desperate management of what first seems useful and ultimately becomes a curse,” explains Lukas. Unlike most magicians, he decided that the protagonist is the victim of magic and not a powerful magician. Magical effects tell a story and are not pure entertainment. 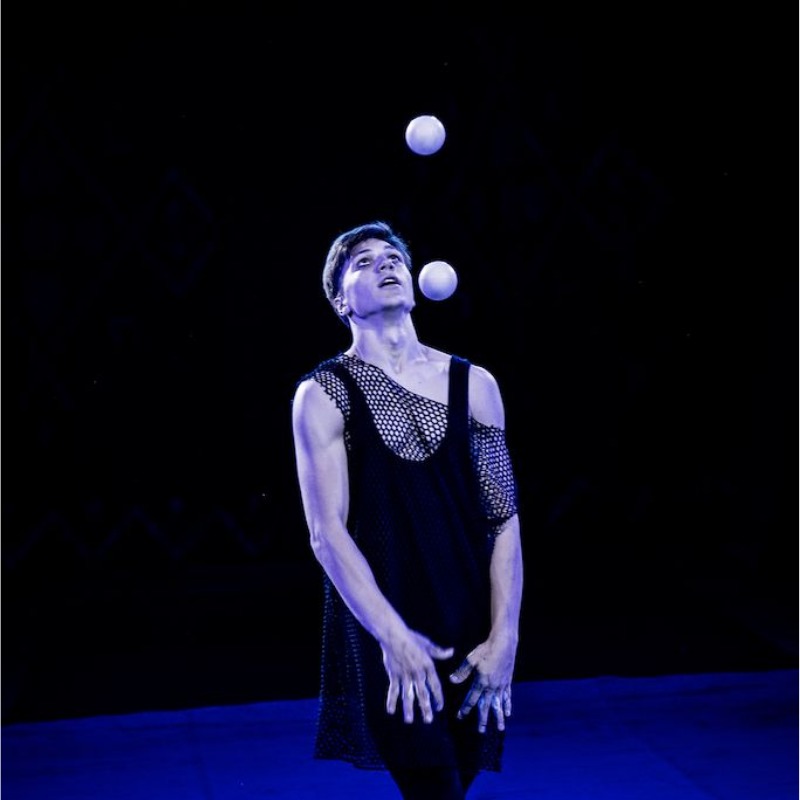 “The stage is my life and I have always liked the risk. Juggling is a very big risk. ”

In his performance, Konstantin combines juggling and dancing, which is a very difficult combination for juggling ten balls. He always liked the risk, as he says: “Juggling is a very big risk, the most exciting is when you manage to make a difficult lap in front of the public. “ 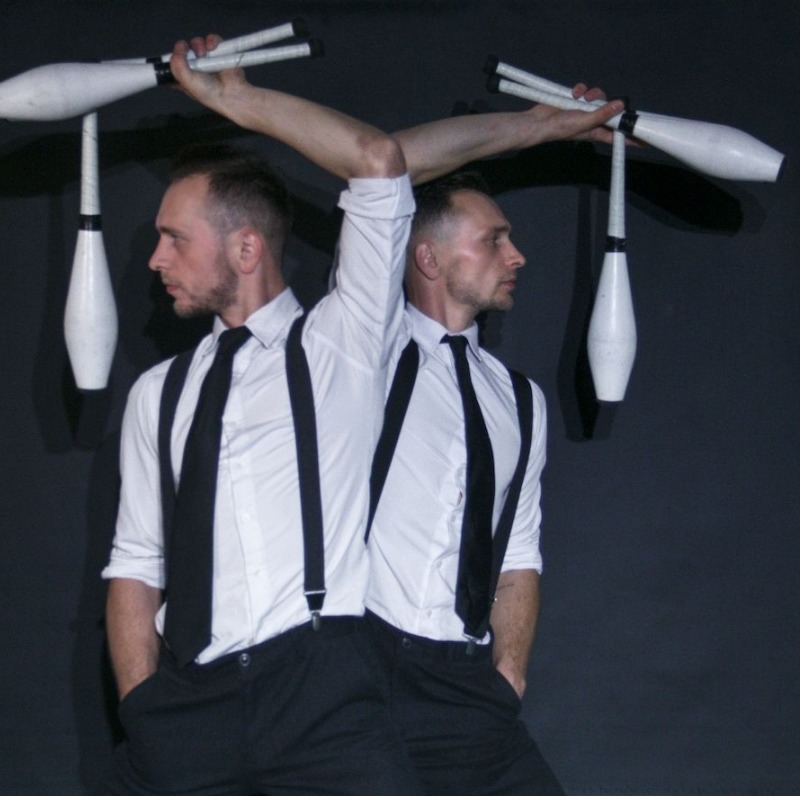 “Just do what you love. We like to fly things. ”

A few years ago the two brothers decided to create something modern and cool, so they started to work ambitiously on this idea. “The story is short: just do what you love to do – and you will see the results of your creation. Vasyl and Stepan even created their own music with a music app. 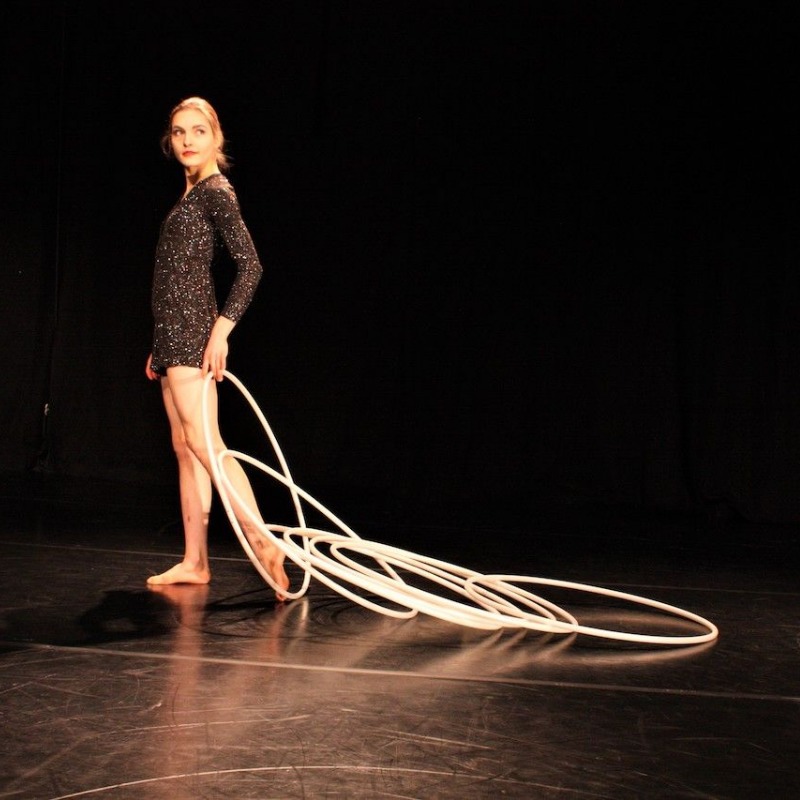 “Sometimes you catch yourself thinking how crazy it can seem that you first spend hundreds or thousands of hours practicing to glow for a few minutes. But at the same time, I think that describes exactly how much I love to play. ”

Laura’s number was created around the idea of ​​having 7 hoops on stage. “I wanted to be able to play my number independently, without the help of assistants. For that reason, I had to have my hoops on stage from the start. ” Laura follows a fairly traditional dramaturgy, as the number of hoops used increases towards the end of the act. She mixes this configuration with contemporary impacts in her qualities of movement and in her music.