West Tisbury Library is hosting an outdoor poetry reading of the recent anthology â€œFrom the Farther Shore: Discovering Cape Cod and the Islands Through Poetryâ€ on Saturday, September 11 at 3 pm. This new book contains 118 contemporary poems that blend the exterior and interior landscapes of Cape Town and the islands so that the reader discovers, according to a press release from the library, â€œthe spirit of a place that inhabits usâ€. Not only are these poems conversing with each other, the statement said, but they are also poems that could not have been written anywhere else. The poets represented in the book range from the best known, including Mary Oliver and Stanley Kunitz, to the lesser known and promising.

The reading will be moderated by island poet Donald Nitchie, who will be joined by the book’s three editors – Alice Kociemba, Robin Smith-Johnson and Rich Yeomans. MV Times film critic Brooks Robards, along with other Island and Cape poets whose work is featured in the anthology, are also expected to attend and read.

Kociemba is the founding director of Calliope Poetry and the author of â€œBourne Bridge (Turning Point, 2016)â€. She was guest editor of Common Threads, Mass Poetry’s poetry discussion project, in 2015 and 2016.

Smith-Johnson teaches at Cape Cod Community College. She is the author of two books of poetry: â€œDream of the Antique Dealer’s Daughterâ€ (Word Poetry, 2013) and â€œGale Warningsâ€ (Finishing Line Press, 2016), and co-founder of Steeple Street Poets. in Mashpee.

Nitchie, who leads the vineyard poetry writing sessions, has four poems in the anthology. His poetry book “Driving Lessons” was released in 2007

This event meets in person on the library lawn. No registration is required to attend, and poetry reading is free and open to the public. Anthologies will be on sale for reading. Since this is an outdoor event, a rain date of October 9 is expected. 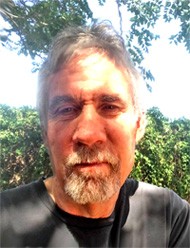